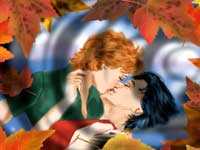 Intertwined Souls Series by MaryD Song by Avicii: Addicted To You Illustrations by Lucia Nobrega Created by: Mary D. Brooks

In the Blood of the Greeks is set against the backdrop of World War II, the novel begins in a most troublesome

Post-war immigration to Australia In the immediate aftermath of World War II, Ben Chifley, Prime Minister of Australia from 1945 to 1949,